In March and April, I once again took the (horrendously long) flight to the other side of the world, firstly to meet my new granddaughter in Barcelona, and then to spend time in a few places I hadn't been before. In all, I was away for nearly 6 weeks.

One of the things I badly wanted to do this time was go inside the Sagrada Familia, Antoni Gaudi's astonishing as-yet-unfinished church in Barcelona.
When I first visited Spain, in 2010, there was plenty to see outside this amazing building, but you couldn't go further in than a small area inside one of the doors. On later visits I just walked around outside, looking at the progress being made.
The lines were too long to stand waiting in the hot sun!

This time, my son was very organised and had booked tickets online, so that we could
just go straight in at opening time. Here are some of the photos I took inside.
Please click on the photos to enlarge them! 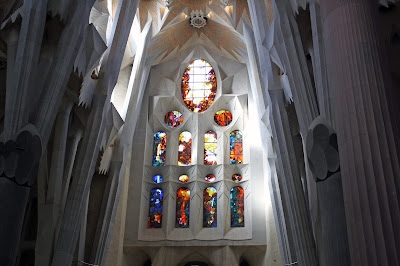 By 1915, when the building was conceived, Gaudi was focused on an organic style, imitating the shapes of the natural world. He intended the interior to resemble a forest, with inclined columns like branching trees. He didn't like straight lines at all!  Natural forms can be seen everywhere you look. 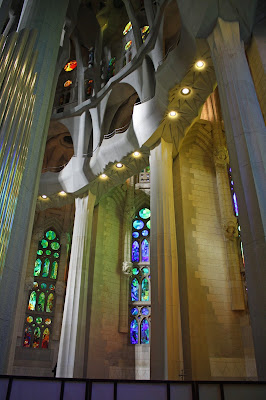 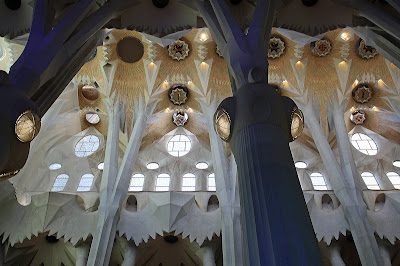 There is masses of stained glass, usually progressing upwards from darker colours to lighter ones. The windows are not like traditional stained glass, but free-flowing in their designs, to demonstrate the beauty of the world. 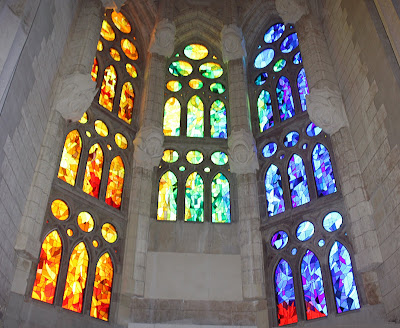 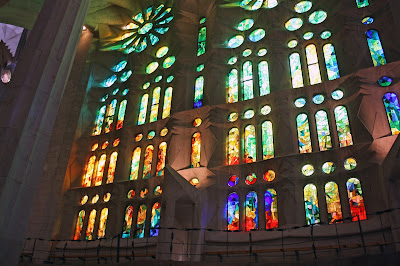 One of the architect's dreams was that rays of light should bring the colours of the glass into the church, staining the air. You can see the effect he wanted here: 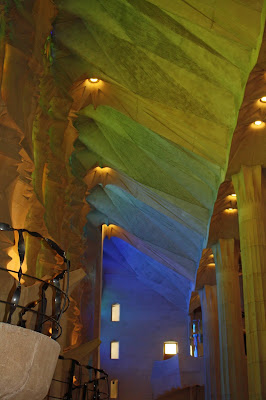 In this massive space, with so many wonderful things to look at, one of the most striking is the enormous figure of the crucified Christ, suspended in mid-air in the central spaces of the building: 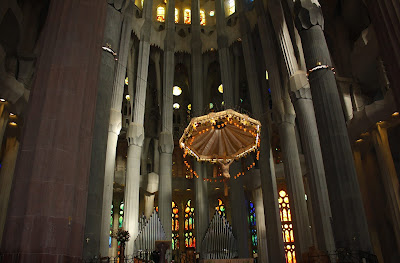 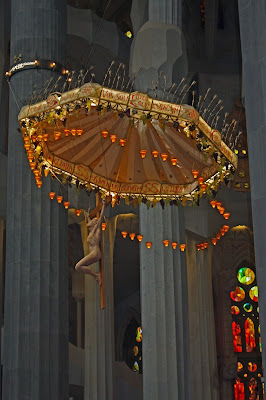 Truly this is one of the greatest, most awe-inspiring man-made wonders of the world. 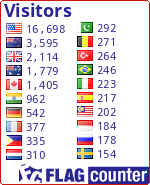